At 31 years old, I’ve been a writer for a good chunk of my adult life —  a journalist to be exact. I started as a college intern on the city desk at The Buffalo News when I was 21. After journalism school at Columbia University I returned to The News and worked mostly in sports and video production until the fall of 2013.

While I absolutely loved my job as a reporter "work" has taken a lower position on the podium of life these last few years. Nine months after we were married (Team Burroughs works fast), our son Beacon was born on July 19, 2014. Two years later on June 11, 2016, our daughter Ora came into the world and rounded out our squad.

This website will be a landing zone for my thoughts, ideas, perspective, interviews and videos. I hope that in reading and watching you can leave this page feeling inspired, enlightened and celebrated.

This site is not the beginning of my journaling, but more of a reintroduction. As a great runner always knows, the race starts long before the gun goes off. 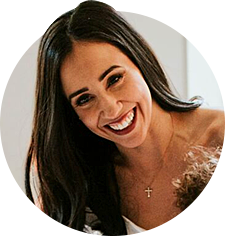 I’m a journalist from Buffalo, New York now living with my husband, Jordan and our children, Beacon and Ora, in Lincoln, Nebraska.

Read more about me

Get the updates on the latest posts in your email.