2018 World Championships: In my feelings 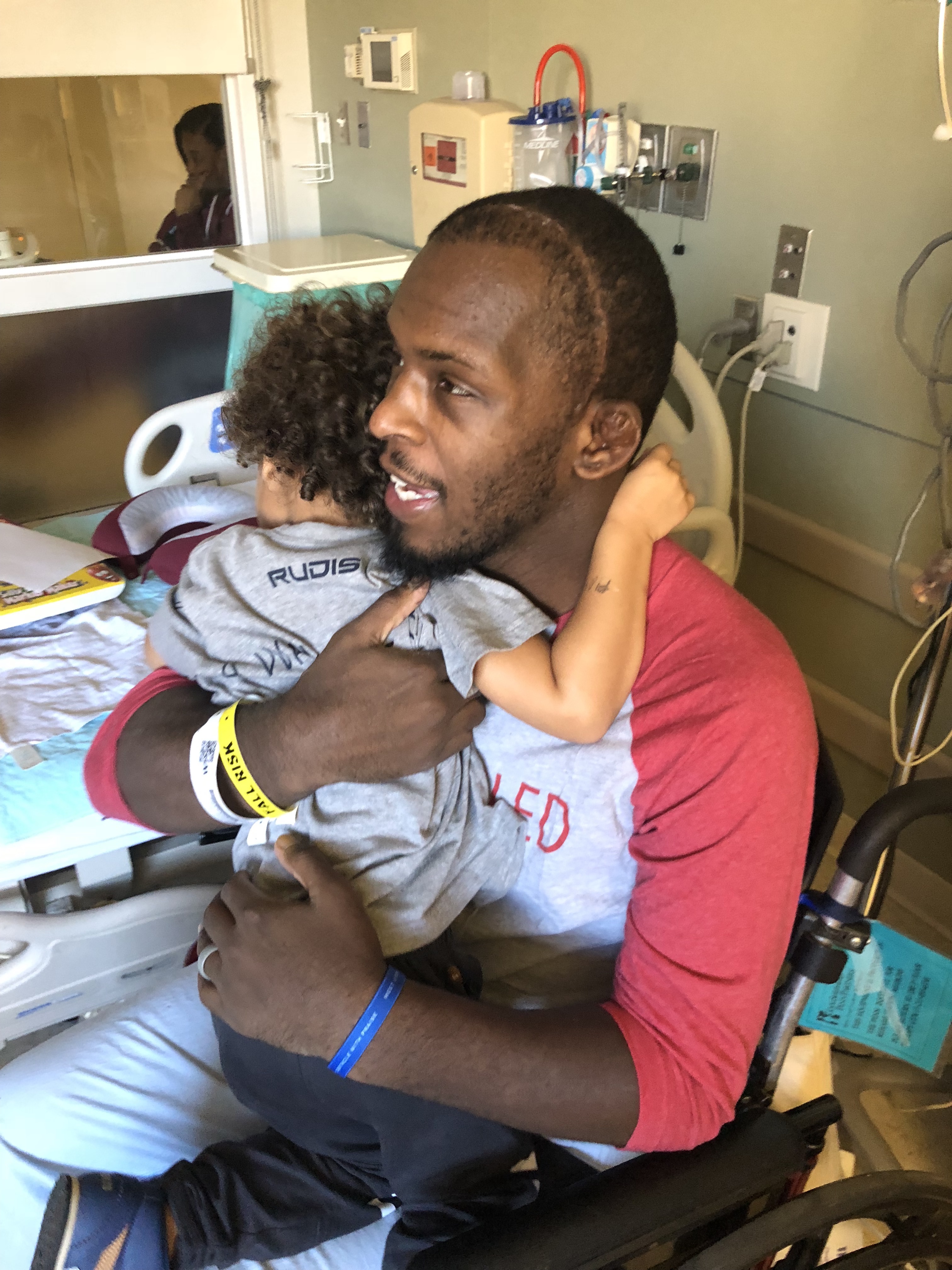 SOMEWHERE OVER THE NORTH ATLANTIC — The last time I made this trip I had a different last name. I was five years younger and two babies fewer. Life was more spontaneous and a lot less emotional.

My then fiancé hadn’t lost a match. He was unbreakable. (Well, besides his super secret broken ankle). I traveled to Budapest, Hungry where Jordan did what he has been known to do from time to time — the unimaginable. He captured another world title, this time only four weeks after having a plate and four screws placed in his fractured ankle bone. We celebrated in Greece before returning home to become Mr. and Mrs. 2013 was just one of those years that is forever stamped on your lifeline. It was beautiful, easy living.

As I continue the tradition of capturing my thoughts on my flight to another World Championships, this time returning to Budapest, I have to reflect on life’s changes.

In the last five years I’ve had the blessing of carrying and welcoming into the world two beautiful babies who have now transformed into unpredictable, super snuggly, full-of-every-bit-of-life toddlers. All four of us have traveled the world together. We’ve loved, but we’ve also lost — literally. We felt the very real sting of Jordan’s first loss in 2014, and a few after that too. The 2016 Olympics built him up before nearly breaking him.

2018 has been especially hard. It’s been a year of surprise and of struggle, of fear and pain, of sadness and confusion, and of many trials. The hardest of those are not even our own.

Less than eight weeks ago one of Jordan’s best friends, Rich Perry, suffered a traumatic brain injury. A few weeks later friends of ours lost their son to progressive cancer. He was eight.

It’s just been one of those seasons of life when you keep hearing yourself say, “Life is so hard.”

Before I became a mother my mind would compartmentalize my emotions, storing those away that did not directly affect my life. But motherhood, and wrestling have changed that. In the last four years I’ve grown to truly FEEL. You can’t spend 26 years in this sport and not FEEL. You just can’t. And if you can, then go sit with the Russians this weekend.

Somewhere along this journey my tough girl exterior got pinned. I try to convince myself I’m still not a cryer, and yet somehow I’ve managed to spill tears on my keyboard twice since this plane went airborne.

I’ve learned that feeling isn’t so bad, and where there is pain there also has to be hope. Amidst the heartache of the past year I’ve been able to personally witness true miracles as fear has been overcome by light.

Just last week I listened to the mother who lost her son, who laid next to her baby boy as he took his final breath, speak about how great God is. “It’s so hard to see two little ones where there was three,” she said. “But I have always believed and clung to God and His promises.” She was grateful for what was, and not consumed by what wasn’t.

Wednesday I heard my friend Rich Perry say, “Hi Lauren. It’s good to see you,” after doctors told him he may never speak again. Shortly after that one of the nurses informed Rich’s wife Gina that they had to put a nurse outside his room because he was caught trying to walk around on his own. Well, after a few days of his own training, yesterday we watched Rich take his very first steps for the second time in his life. How many of us have accomplished such an inspiring feat?

A few weeks ago I asked Jordan how he was “feeling” about the upcoming World Championship. He said, “We’ve lived a lot. Wins or losses don’t make or break me like they used to. I’m going to give it everything I’ve got. If it doesn’t go my way, then it wasn’t meant to be.”

I thought to myself, “Now that’s a scary Jordan.”

So if my husband doesn’t catch the American title record this weekend, it won’t be the end of the world. He won’t be crushed. He won’t give up. We’ll take a lesson from our beautiful friends — dust off, get back up, and take our first steps all over again.

But if he does, be prepared for a whole lot of feelings. We’ve all earned them.