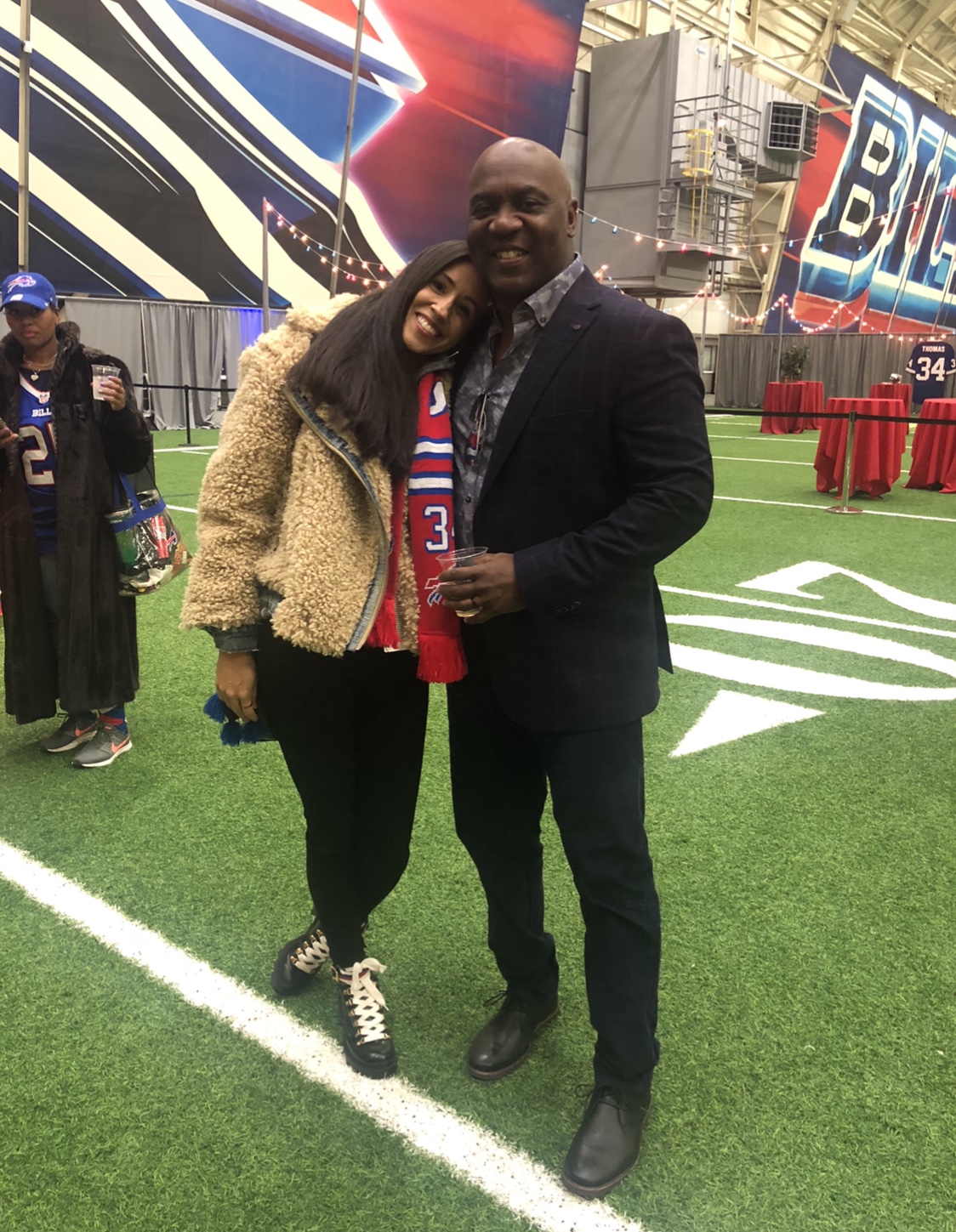 Two weeks ago I was back in my hometown of Buffalo, New York to celebrate the success of someone very important to me.

I was two years old when Thurman Thomas landed in Buffalo for the 1988 Bills training camp.

Just a year before, my Aunt Patti left Buffalo for college at Oklahoma State University. During her first year there she ran into my future uncle at Eskimo Joe’s. Less than a year later her new boyfriend was drafted back to her hometown.
Fate right? But it wasn’t all as sweet as it sounded. He came into Buffalo pissed off about being passed up in the first round. And to top it off he assumed Buffalo was somewhere near New York City...SURPRISE!  He landed in a blue collar snow globe with a built-in new family he didn’t ask for — The Mariachers.

He had no idea what he got himself into. And neither did I. My two-year-old self didn’t like him all that much. I’d cry whenever he’d try to pick me up or play with me. My aunt was one of my favorite people in the world, but he was an outsider, and like the rest of the in-laws in our family, he had to earn his place as a Mariacher “outlaw.” 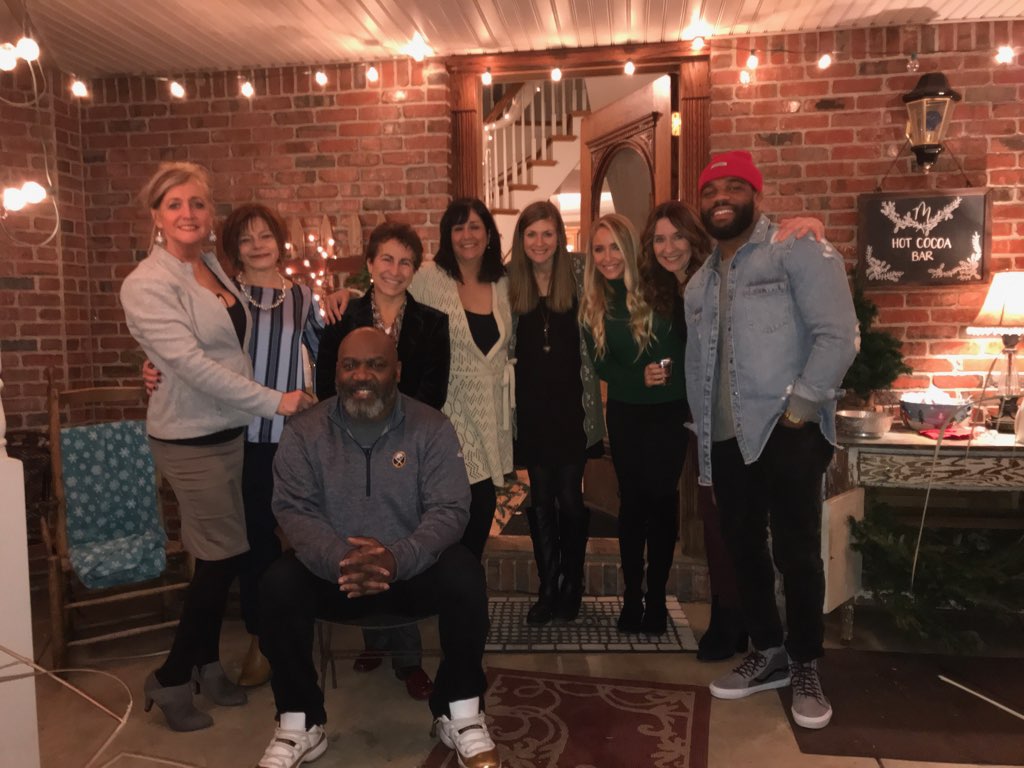 The Mariacher Outlaws
He didn’t give up, and over the years I grew to love my new uncle. It helped that he made me super popular with all the boys at primary school who’d beg me for autographs and tickets. I wasn’t quite as popular during the postseasons from 1991-1994. You’re still the only player in NFL history to lead the league in total yards from scrimmage for four consecutive seasons. And everyone wanted to be you in Tecmo Bowl so I forgave you.

I look back now, when people talk about how incredible he was on the field, and I wish I could put myself back in the crowd for just one big game. I was too young to truly grasp the beauty of his career.

But I was there for all of it, thanks to my mom and dad, and Aunt Patti, who felt I needed to escape three brothers for girl time with my cousins. (My little sisters Livi, Angel, and Anni) and eventually my little Thurm! Sleepovers, vacations, hours spent in the bleachers at One Bills Drive — it shaped my childhood and I am so grateful for those memories. 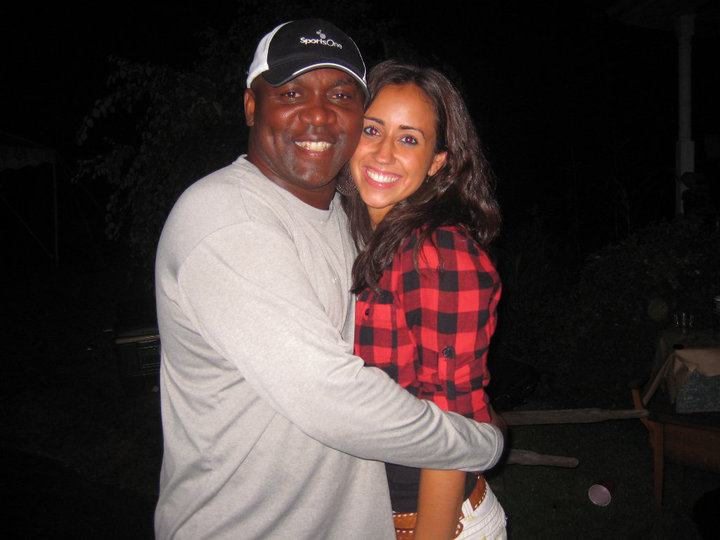 Uncle Thurm and Aunt Patti, you taught me so much about life — the good lessons and the hard ones. You’ve been through so many things and through it all, you’ve remained a blessing to everyone around you. You’ve taught us the power of community, humility, sacrifice, a good laugh (Aunt Patti) and most importantly, an enduring love.

So while I congratulate you both on 34 being retired from the Buffalo Bills forever, let me recognize you also for being amazing people. It’s easy to see the success of a player on the field, but it’s another thing to know them up close and personal for a lifetime. You two are as real as it gets. I love you. #34forever 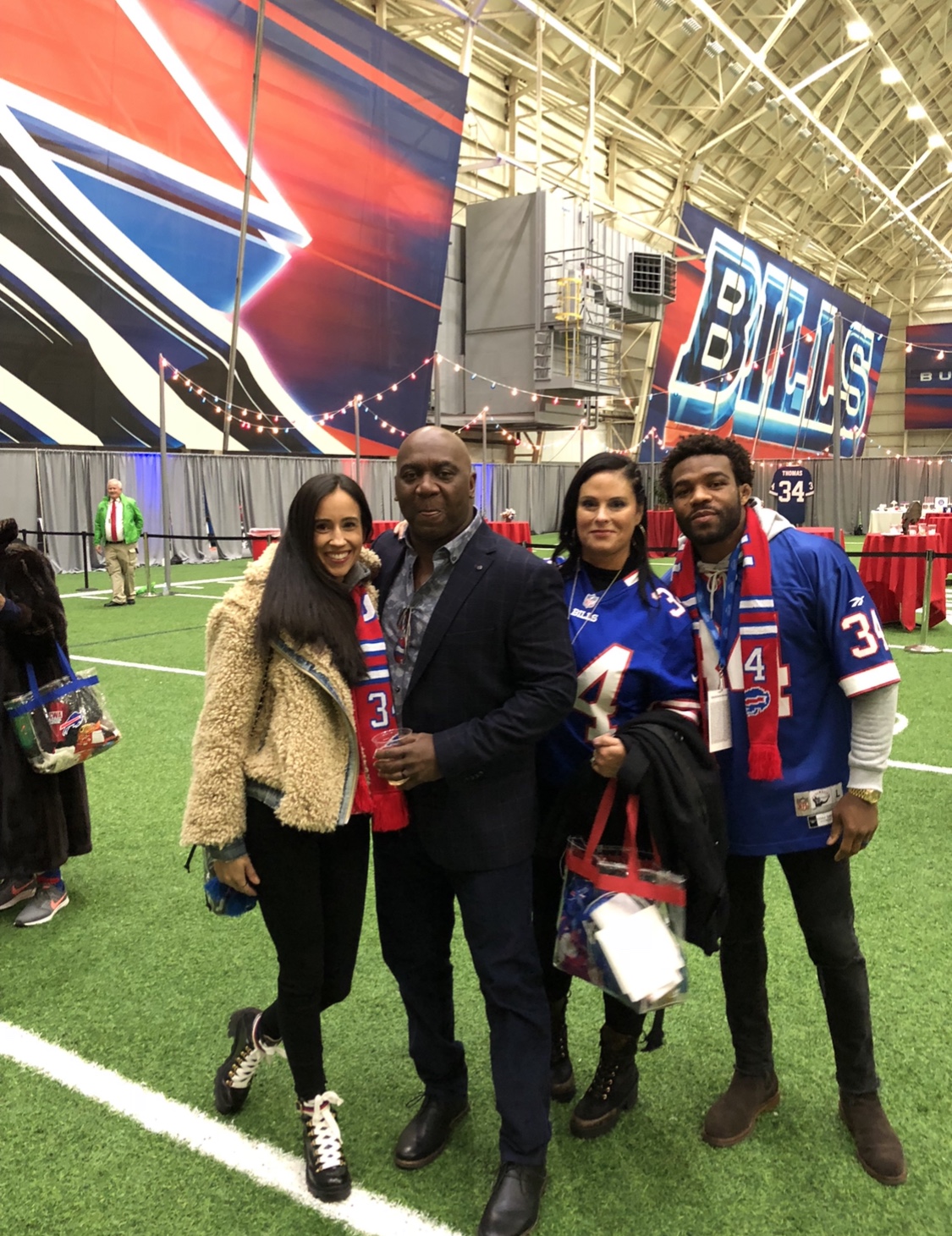