Athlete and fan: It's a cycle of respect 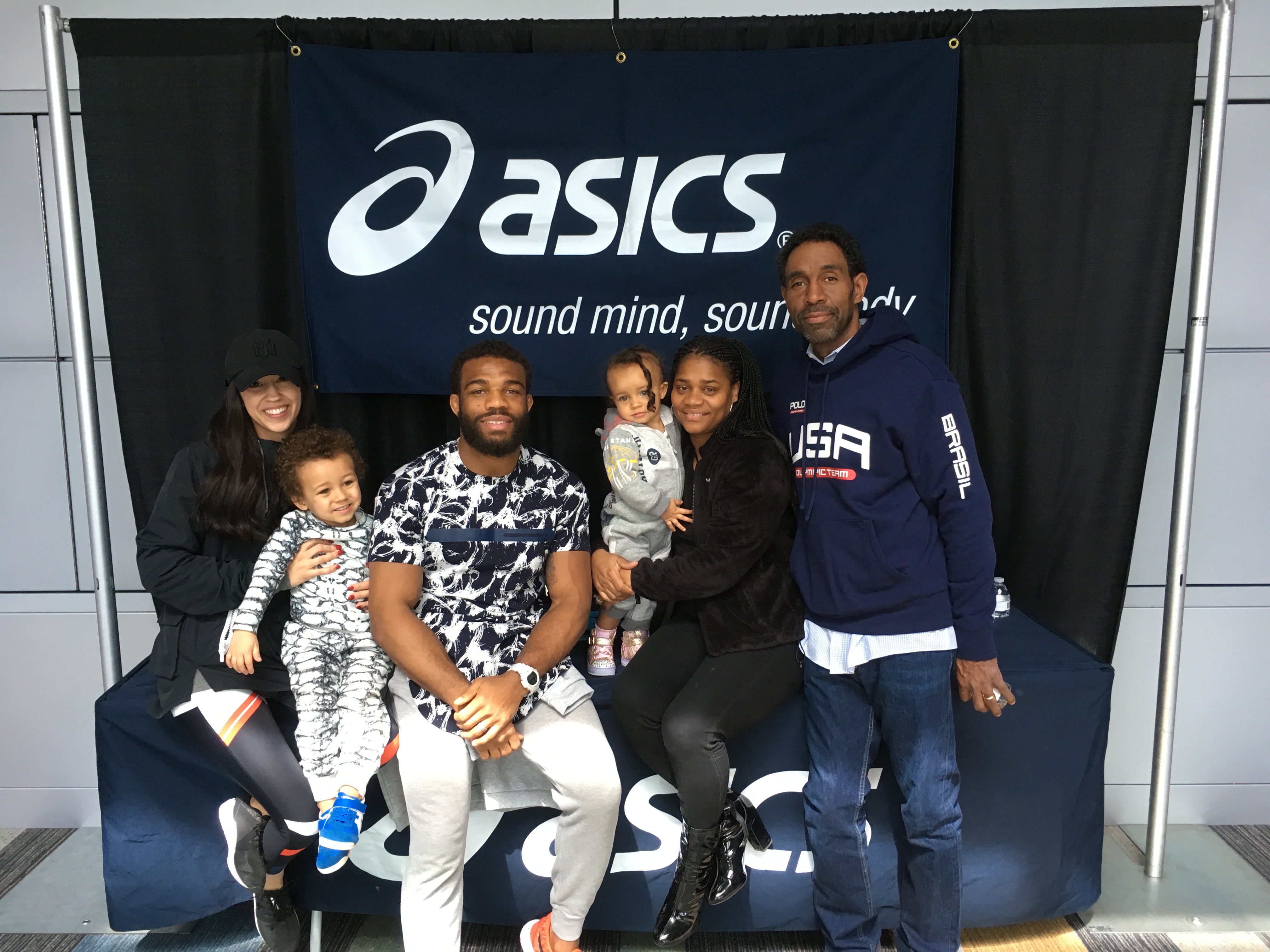 This is a question I am asked quite frequently and it never gets any less jarring to hear. It is usually a wrestling fan doing the asking while I'm standing somewhere in the vicinity of my husband signing autographs and taking pictures. I don't blame the fan. Maybe it's just society that deceives people into thinking this way.

My immediate, transparent response? “Never.” I think fans waiting in these 100+ people long lines, look at me by myself, or with my kids and think, "Wow, she must be bored." Or tired, or want to go home, or whatever they're thinking. I'm sure my wild kids don't help the scene look very peaceful.

But let me say something that may sound pretty frank, but it’s also very real — these kids and parents waiting in extremely long lines to see my husband are the same ones buying his shoes, paying to watch his matches, cheering loudly from the stands at tournaments and following us on social media. Their support means literally EVERYTHING to his career. It allows my family to travel to watch Jordan compete and to live a life we never imagined. The athlete and fan relationship is not one sided, but should be a cycle of respect. Are those appearance days long? Yes. Is my husband beat after signing autographs, taking pictures, and having genuine conversation with hundreds of people in a few hour span? Always. Sometimes even a little cranky, but I'll deal with that. Because what’s the alternative? No one buying your shoes? No one waiting in line to see you? No platform? No thanks.

I think sometimes people are so caught up in the stardom of an athlete that they forget that athletes were once kids with heroes and dreams. When Jordan was 12 his parents took him to a Philadelphia 76ers game. Just read this account of him catching a glimpse of basketball legend Allen Iverson:

“I waited for Allen Iverson at a Sixers game when I was a kid. Not for an autograph, but just to see him. He was coming out of the locker room after the game and everyone knew it, so we all waited at a particular exit. There were mad people fighting for position just to see him. I remember when he finally came out he was majestic. He had on a white wave cap and his jewelry was shining, and he started to walk my way. The crowd was surrounding him as he tried to find the walkway. In the frenzy I stuck my hand out to try to touch him and as I did I was swallowed up by the crowd. Everyone was trying to do the same thing. I had to have been inches away. I was so hype. I ran and told my mom. I started growing my hair the next day so I could get cornrows.”

Iverson was iconic to our generation. Kids wanted to talk like him, play like him, and even look like him. Even now, I can't tell you how much my husband would give to be in the same room with Lebron James or Kobe Bryant to pick their brain and simply be in their presence. When someone is great at something, as a fan you recognize it, and you want to be a part of it. You want to share in the beauty of a human fulfilling their God-given gifts. Who doesn't?

I usually swing by the wrestling room at least once a week to watch my husband practice. It's also a good place for my kids to run around and be free. (Padded floors + padded walls = Mom win) But I honestly go to just watch good wrestling (and to see if any of the college wrestlers have succeeded in taking Jordan down that day. It's amazing how good guys are in a practice room!) I love watching my husband do what he loves, and I want my kids to love that too. I want them to one day be able to understand and respect the work that an athlete puts in every single day. I want them to witness the normal days, the long line autograph days, and the top-of-the-podium days. I want them to be fans of their dad. I want them to be fans.

Because we're all fans of someone or something, whether we are the ones waiting in those long lines, or the one standing at the front of them. Even the guy walking past the line heckling the athlete is a fan of someone else.

So as long as there is a line for Jordan Burroughs, he’ll be standing in front of it, usually with us somewhere closeby. And if you’re one of those fans standing in line please know that while we might look tired from a long day, we’re never tired of this beautiful journey. Thank you for allowing us to come along for the ride.