The best day of my life so far 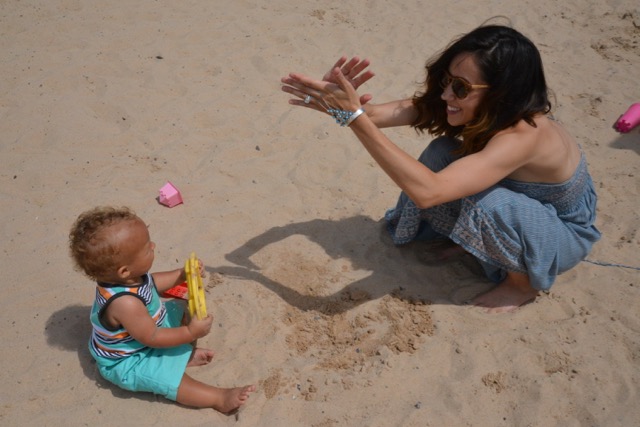 We all do it. Every day.

We look ahead, we plan, we dream, we predict. There is something innate about humans that has us constantly rushing toward tomorrow while we miss out on today.

If you’re an athlete, you look ahead with hopes of reaching the postseason. If you’re a journalist, you are anxious to read your story in the next day’s paper. If you’re pregnant, you spend nine months dreaming of the day you get to hold your child in your arms. If you don’t fit any of those descriptions, well just ask yourself if you’re reading this right now to pass the time at your desk at work.

Our lives are filled with countless “I can’t wait until _________,””If I have time I will __________,” and “I’ll do it tomorrow”s. Apparently we are all going to be extremely productive and successful people tomorrow.

Tomorrow is often a harsh reality, especially for an athlete. Tomorrow, champions are crowned, and losers go home. The latter are left to face the meaning of their seasons, and sometimes their careers. Whether you’re the athlete, coach, fan, or even a journalist (see the trend here), you experience the ups and downs (a bit more of these if you’re a Bills fan) of each season until you are brought to that inevitable end. Each day is just another stepping stone to that bigger day. The daily struggle is not what’s desired, but rather what is required. It’s put up with.

I was in the middle of a workout in a wrestling room a few months ago when I stopped to watch the team’s practice. There were 25-30 guys preparing for the NCAA Championships. Only a handful would make it there, but every guy in that room still dreamed of becoming an All-American. Some could even taste a national championship. At the same time there were men and women in college gyms dreaming of making it through the NCAA basketball bracket. Their eyes were fixed, their hearts beating for that dream, which for most of them would never come.

Only a handful of these athletes would be happy at the end of their seasons. The day to day grind would be forgotten and the heavy weight of failure would sit on their shoulders. I’ve seen it all too many times. I’ve watched more games and matches throughout my 28 years than most normal people will in their lifetime. I’ve seen unbelievable finishes, and I’ve seen ultimate heartbreaks. It’s the truth of competition. You dedicate your lives to something that only sometimes goes your way.

But what if we put just as much emphasis on the journey as we do the destination? What if we tried to embrace the pleasure in patience, rather than its agony? What if we valued the moment just as much as the future? After all, not a single one of us can put a sure bet on tomorrow.

“Look here, you who say, “Today or tomorrow we are going to a certain town and will stay there a year. We will do business there and make a profit.” How do you know what your life will be like tomorrow? Your life is like the morning fog– it’s here a little while, then it’s gone.” James 5:13-14.

Our lives are like a fog. They are a mist or a vapor, as it was put to me in church last week. No matter what you achieve or how many record books you get your name stamped in, one day you will be gone. It could be 70 years from now or it could be tomorrow.

One of my high school principals, James Knowles, used to greet me with the same phrase every morning as I walked into school: “It’s the best day of my life so far,” he said. It never failed. It could be the most boring day of his life, but it would still be the best because he embraced it. He embraced it for its ups and downs, its triumphs and its struggles, and its surprises.

So whether it’s Monday, Friday, or your birthday, hit the brakes. As Mahatma Gandhi said, “There is more to life than simply increasing its speed.”