To all the dream sharers... 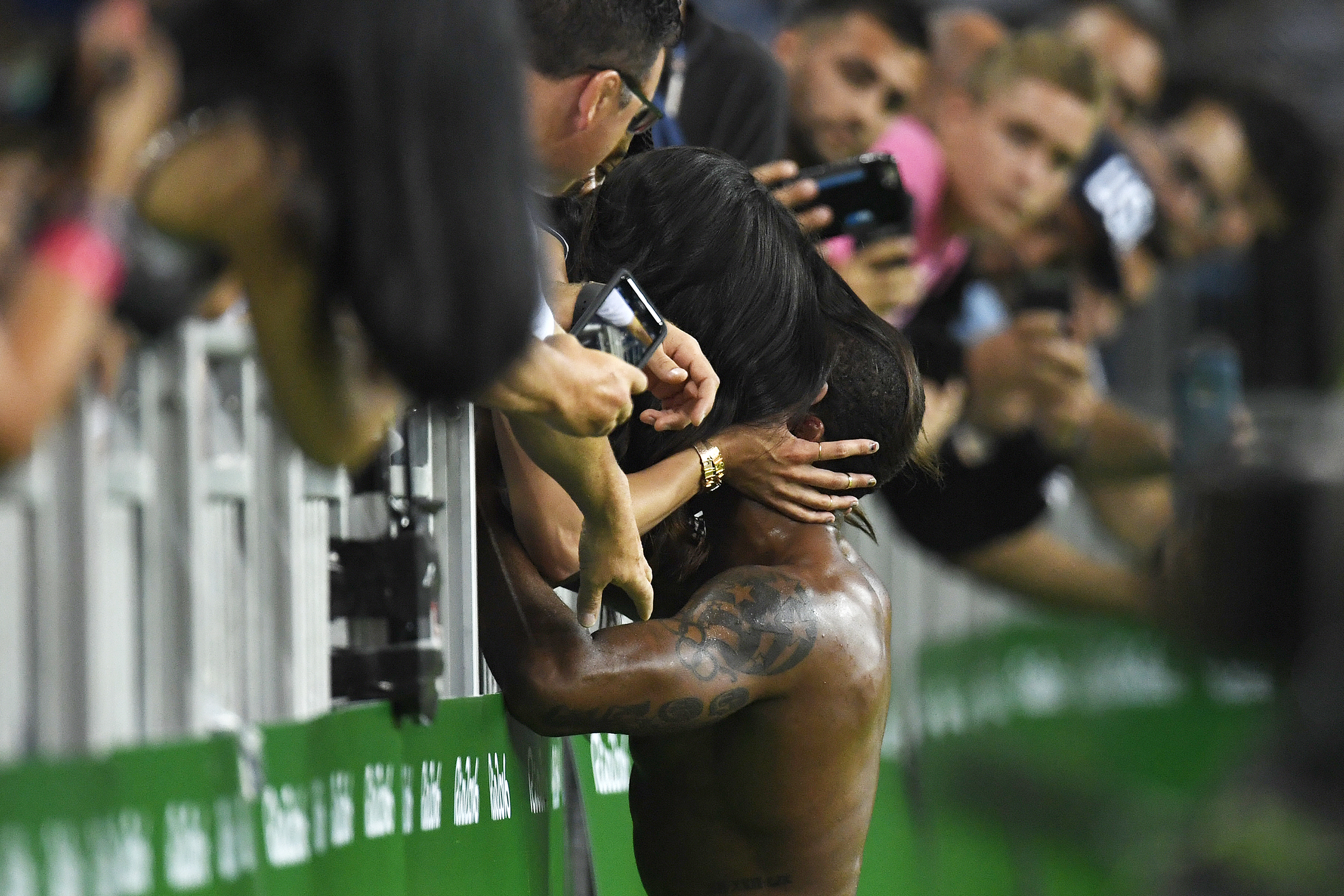 I first saw Jordan in 2011. I was in the stands at the NCAA Championships in Philadelphia, watching my brother Matty compete when this seemingly tall, dark and handsome wrestler took the mat. Turns out I was wrong about the tall part.

We connected on Facebook, and continued to keep in touch until a few months later when he “just so happened” to be working a camp in my hometown. He had just returned from a tournament in Kiev, Ukraine, where his cell phone and laptop were stolen. Still, he managed to find someone else’s phone to use to send me a message on Twitter asking to meet up. It took a little prodding, but I eventually agreed. Well, that night I discovered he was 5-foot-7 (about the same height as me), but also that he could make me laugh harder than anyone else. He was charming, opened my car door for me, and pursued wrestling with his whole heart. Everything a woman wants — or at least one who comes from a family full of wrestlers.

We still had some growing to do, but a year or so later, after a steep 2,000-foot climb to the top of the Manitou Incline in Colorado Springs, Jordan dropped down on one knee in front of a bunch of strangers. Six months after that I became Mrs. Lauren Burroughs, and with that new last name came a few other big changes.

Early on in our engagement we had a deep discussion about our careers. I had graduated with honors from Columbia University with a Masters degree in journalism. “Work” was engrained deep into my being. I had big plans for my career and it was already off to a great start. I was four years in at The Buffalo News and loving my job as a sports reporter and video producer. I was good at it. We won several Associated Press sports awards my first few years at The News. But what I wasn’t winning was an Olympic gold medal, and my husband and I made the difficult, but right decision to put Jordan’s career first. I left Buffalo and moved to Lincoln, Neb., where Jordan was training.

Within the first month of our marriage we realized two very important things:

It’s difficult for many modern-day women to understand taking a back seat to your husband’s career, and I can relate. It took a lot of pride-swallowing to get to where I am today. But almost four years into this life I have fully embraced my role. My husband has big dreams — dreams too big for just one person to tackle alone. So instead of chasing my own dream, I married his.

It’s a good thing too, because this man needs help. He’ll never admit it, but when it comes to life off a wrestling mat, he’s easily overwhelmed — and with good reason. Most days I feel like our home is a business center. From usually before we wake up, there are phone calls and messages coming in, boxes landing on our porch filled with things needing to be signed, and emails in our inboxes with contracts to negotiate and clinic opportunities to be discussed. At least once a week we book travel to and from somewhere, usually between throwing sweaty laundry in the wash and preparing meals according to Jordan’s weight. Interviews are sprinkled throughout the week, while visits from our friends at the United States Anti-Doping Agency like to take us by surprise. It’s always pleasant hearing a few fist pounds on your front door before 7 a.m. when you have babies. Oh yeah, did I mention we have kids?!

Loving each other, and our babies, and doing everything we can to make sure Jordan is the best wrestler in the world takes front and center in our lives right now. Being the best at anything in this life requires full commitment, and a whole lot of God’s grace. I’d like to believe that as a wife I am fully committed to my husband’s pursuit of greatness.

That commitment means living in the middle of the country, thousands of miles away from family and friends so that we can train with who we believe to be the best. It means traveling alone with my kids almost once a month and lots of Facetime calls with Daddy throughout the season. On a really long day, I’m awake at 4 a.m. searching unreliable international websites for a live video feed of Jordan’s competitions, and on the really special days he’s collapsing into my arms in an arena filled with wrestling fans shouting his name.

I’ve had people ask me about “the sacrifices we make” so that Jordan can be a professional athlete. Military families make sacrifices. We make choices. We choose to live this life. It’’s chaotic, but it’s fun. It’s heartbreaking at times, but it’s memory making. It’s a rollercoaster of emotions but it’s character-building, because if there’s one thing more motivating than having a dream, it’s sharing one.